Playing PUBG Mobile on PC makes you feel like playing PUBG Pc only, I know both games are different but in terms of gameplay, map and online battle everything is similar. However, the main question arises that in which emulator should we play PUBG Mobile, two popular ones in the market are Bluestack and Gameloop.

Well, Bluestack is one of the oldest and most trusted with many different features with it and Gameloop is an official emulator build by Tencent for PUBG Mobile and some other Games. This makes the biggest question that would be better for low-end PC.

With the increasing trend of PUBG Mobile, Emulator is becoming more and more famous for playing the game Online. Today, I will tell you the biggest difference and reasons why should you choose Tencent’s Gameloop for playing PUBG Mobile on Low-end PC or even whichever PC you have.

Which emulator is better for PUBG Mobile on Low-End Pc

So, as I told you Gameloop is one of the best Emulators for PUBG Mobile for Low-End Pc this is why I am gonna tell you that why should you choose Gameloop, not any other Emulator. 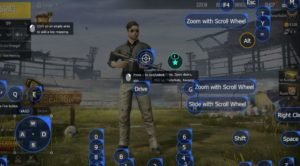 The Biggest reason Why should you choose Gameloop is controls of the game, yes, Gameloop control systems is really good, while on other hand Bluestack controls are really difficult to understand you might also need to customize the controls before you play the game but on Gameloop you don’t need to customize anything.

Gameloop has worked very well on Anticheat system, Not only this is better for you but better for everyone as you can’t cheat on Gameloop and no one other can. Gameloop doesn’t have any Anticheat system on their emulator for PUBG so, if anybody wants to hack the game and want o get ban their account Bluestck would be perfect. 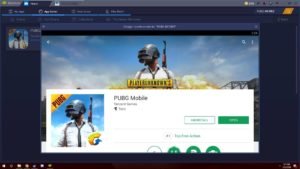 We all know that Bluestack Consumes really large amounts of Data and memory but Gameloop doesn’t have a large number of modules and apps inside it, this is why Gameloop doesn’t consume Large amount Memory. This is best for Low-end PC and even you can adjust these settings from the emulator also according to your PC.

Other Features and Games This is where Tencent Lags Behind, you can’t play or use any other app on Gameloop, however, Bluestacks has a huge variety of different Games, Apps and it also has Google Play store to download and install any game you want.

But Gameloop has only a limited number of games like Free Fire, Call of Duty or some other, and in name of Google, it only has Google Play Games to Sync with Google so that game data doesn’t get lost.