Okay, this is why I am here, today, I am gonna tell you some of the secret earning ways of Tencent, I am kidding, there is no secret way. But what I am gonna tell you is about how did this gaming company become a billion-dollar company within 2 years of its launch.

How Does PUBG Mobile Earn Money? 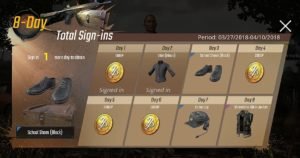 I’ve seen many people who just somehow able to get UC for the next royal pass after buying a royal pass for the first time but there is a huge audience of PUBG Mobile who spends a huge amount in buying skins and other important things in the game.

Check out: 5 Best Controllers/Triggers Switches For PUBG Mobile Under Rs 500

Before I elaborate this, I want to tell you there is no official pieces of the evidence whether they sell user data or not but as per users’ experiences and a typical business strategy there could be chances that they are selling user data.

Another reason could be that Most of the Audience in PUBG Mobile doesn’t Pay a single penny for admiring Developers or company. Just tell me how many of your friends have Royale Pass, even if someone has then also they just bought it for one time. This is why they are forced to do that sell your Data.

I don’t know whether its true or just my myth but one day I was playing the game and singing one old song with mice on. And after playing the game and turned on Youtube and you won’t believe what I say there. On the first page, the recommendation was of that song only which I was singing before. I can’t believe that as I haven’t listened to that song for a long time, how did it appear there.

But again, there is no evidence that it is true or not. But if it’s true then this is the worst way to make money and at least they should tell us about this.

Check out: How To Get Free PUBG Mobile Skins (99% Working Redeem Codes)

Sponsorship and Collaborations with Brands There are many companies like Oppo, Vivo, One plus that sponsor PUBG Mobile, and in return, they also get the promotion of their products. I’ve seen many players like mortal sponsored one plus with playing PUBG Mobile. You might also have seen many products for PUBG Mobile.

And it doesn’t end here, you might have also seen that when you open game you might get to see the ads or something like promotions and more. This is another source of earning money like with collaborations with new movie launch, song launch, and other things. This will help movies or songs to promote their movies and also a source of income for Tencent.

Check out: Get PUBG Mobile Royal Pass & UC For Free Or Cheap Rate

You might also be seen that there are many tournaments hosted by many different companies like PUBGs Star Challenge and another tournament. PUBG Mobile directly does not host any tournament, if they do they don’t get money off that but companies who host tournaments for popular players need to give some part of their income with PUBG Mobile.

As they are hosting an event with popular players like Mortal, Scout, and more then definitely they are getting the audience to view that and of course, they getting money with them, and from there they share some part with PUBG Mobile.