PUBG Mobile and Clash of Clans are one of those Android games which have completely changed the Android gaming world. One of the most popular and played games but in the same industry, both have to face competition. People often ask whether which game is better or which not and this is why I am here to tell you about it.

First of all, I don’t know why do people want to get the best one as both of these are completely different from each other while COC is a Strategy game but on other hand, PUBG Mobile is Online Shooting Battle Royal Game. There has to be something by which we can differentiate both of them.

However, they both are Android games, and Android games have many things by which we can choose which is better or not, but if you’re thinking that I would choose one on the basis of their gameplay or something then sorry, this can’t be done as both games are different.

Which Game is better COC vs PUBG Mobile?

There is some way or what I can say is that some factors by which we can differentiate both of these games and can choose the best one.

Right now 2020, there is no doubt PUBG Mobile is better than COC in terms of Popularity but Clash of clans was also quite a popular way back in 2015, we can never know about the exact Active players monthly in these games but there was a report says the amount of active monthly players that PUBG has in 2019 was the same as COC has on 2015.

However, the trend of COC might have decreased these days but it was quite popular those days but right now PUBG Mobile.

Downloads don’t matter here but still, I will give you that COC has around 500 Million Downloads on Google Play Store and PUBG Mobile has only 100 Million this is because many people prefer to share PUBG Mobile from each other rather than downloading too large file. 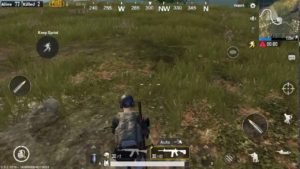 There is not quite exact details about this, as COC has Strategical gameplay but PUBG Mobile also has some kind of strategical Gameplay but on the other hand, PUBG Mobile has some good features like Shooting, killing and more but COC also has like attacking, and even strategical Mind in COC is quite more than PUBG Mobile.

This is why if you PUBG Mobile wins here.

In this case, PUBG Mobile has kind of Same but its not quick as COC, in COC you have to select your competition on your own, and clan war is a really good matchmaking system. COC has quick matchmaking as you will able to find a good opponent in under 1 minute but in PUBG you will have to wait for about 45 sec for all players and about one minute in play and some second while landing than the real game starts.

There is no doubt that COC gives you feature to play with Friends in Clan wars and even against each other but you need to wait for 2 days for clan wars and in PUBG Mobile you can play with friends every time you switch on the game.

And even Communication features in PUBG Mobile is far better than COC as PUBG Mobile has Voice chat but COC has Text chat only.

I don’t think I need to tell anything about this, we all know that PUBG Mobile is king in having large number of hackers, lags, glitches and many more other things.

You may like: How to Send or Request UC to Friend in PUBG Mobile

Since last year, PUBG Mobile is telling again and again that they’re trying to fix these problems but still not getting any results. However, COC is really smooth and even if someone able to hack the game they will get ban after some hours or in days only.

I think one popular game also have to less addictive, there is something that will shock, you might be thinking that the most addictive game here would be PUBG Mobile but no, PUBG Mobile is some kind of addiction where you play the game with your own decision but in COC it forces you to play the game.

Like when you think that building is now free then you play the game to make him work, when you get to know that all troops are ready then you need to play when your war is about to begin then and many other game addictions that forces you to play the game and that is something that I hate about any game.

This is another factor that comes into play when you choose best game, So, as far as my experience PUBG Mobile uses more Internet and Storage than of Clash of Clans, no doubt in that COC uses far less storage and Data while playing Online. If you do face lags in the game then here is how to fix lag in PUBG Mobile. Well, again I am saying that both games are totally different from each other you can’t compare both of them and tell the one best. If your Strategy game lover than COC would be the best choice but if you want an action online multiplayer battel royal game then PUBG Mobile would be great choice for you.

But with your comparison, we got PUBG Mobile as the winner in this case but it’s upon your choice only.