3 Working VPN Apps that allow to change server in Call of Duty: Mobile

If you’re playing Call of Duty Mobile on your Android or eve iOS device then you might also ever wanted to change the server to play in a different region, and if you were using VPN services before then I am sure that now, you might be facing 5027 or any other which is because now, Call of Duty Mobile is not allowing you to play the game outside your region.

If you’re also facing the errors like Connection terminated, Please Reconnect (0,100004). As far as I know, Call of Duty Mobile is available in almost all the countries but the problem comes in many countries the game is not available or in the beta version and some players just want to play with foreign players(I really don’t know why).

But what I know is that COD: Mobile doesn’t allow use VPN, if someone does so, he gets above errors, which I told you. But today, I am gonna give you how you can really change the server without getting banned by Game. Well, there is no other way to change server but the best way to do that is by VPN Service.

But I will not give you that VPN just like anybody else but I am gonna gives you some those VPN services which will work for you. I’ve tried them personally and believe me they work well.

Why doesn’t COD: Mobile allows us to use VPN?

Before we move into how can you change server or best VPN for CODM we must know that why didn’t they allow us to use the VPN service. Not only COD Mobile, but not a single online well-established gaming company will also allow the user to hide their identity.

Gaming companies have region report that how many active users are in this region and that data is really important for them. This is why they don’t want anybody to manipulate that data.

Another reason is that they need to have a good amount of players for a particular country to establish their servers, and offices in that country. This is why they don’t have Call of Duty Mobile in some countries because of server reach problems.

Another reason is that many users use hacks and they hide their identity by using VPN Services that also isn’t allowed by the game. To Track them they need to know their original location.

One more reason for not allowing to change server is that many players increase their level and rank by playing in that country where most of the players are not strong. This affects accurate matchmaking and they get benefits from that.

You may like: Call Of Duty: Mobile Redeem Codes? How To Use Them & Get Skins?

Well, I am sure you are not here to know why did they stop using VPN or change servers in the game but you’re here to know which are some best working VPNs for the game. here is the 3 best which I found: 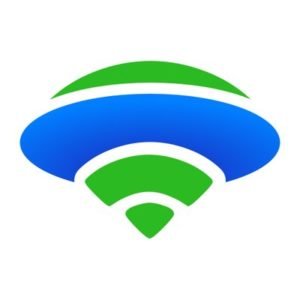 I’ve tried all these 3 VPN services on my Android device, but the best one which I personally liked among all is UFO VPN, which even I use to change server in call of duty mobile. The best thing is that it is completely Free of Cost you won’t ever get caught by using this service.

Check out: 5 Best Controllers/Triggers Switches For PUBG Mobile Under Rs 500

Why I am recommending this VPN is just because this one is specially built for COD Mobile. Yes, even if you go on Google Play store to find this VPN you will get find that they’ve mentioned COD: mobile on top. Here is how to use it: Another wonderful VPN that you could use now, is Hola VPN. When I personally download this VPN, what I like about this is its really lite weight. Not only this VPN allows you to use VPN service for Call of duty: Mobile but it also gives you to service about Browsing the US or Canada.

So, you don’t need to do much about it, what you can do is just go to Google PLay store and Download this VPN directly from there and change server in call of duty mobile. 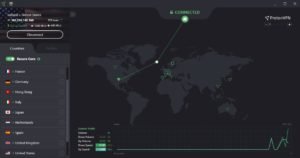 This Proton VPN is really awesome and what best thing about this is VPN service is that it gives you fast surfing. You might know that while using VPN, Surfing gets slower but no in the case with Proton VPN.

The reason I don’t like the VPN is its not free of cost, it gives you only 7 days trial and after that, you need to pay them little money. Its available for Free on Google Play Store, just download it directly from there.